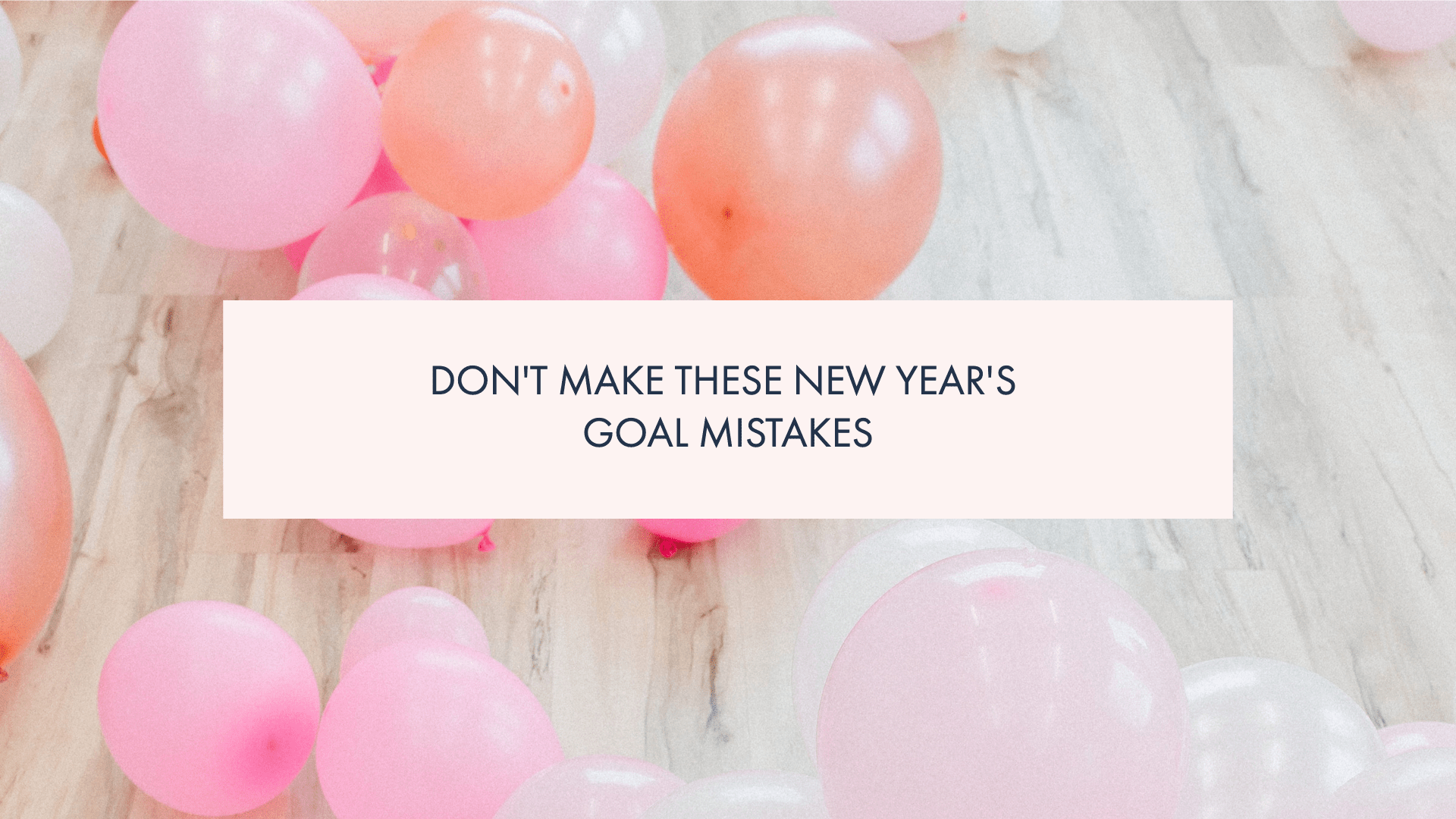 In January it can seem like the whole world is setting goals and feeling super productive. There’s an energy around this time of year that can be really irresistible.

But if you’re a maker, January can actually be a really difficult time to set new goals and make changes in your life and business.

Because while the rest of the world has been relaxing with friends and wrapping their gifts with a mince pie and a Hallmark movie on the TV, we makers have been barely hanging on for the end of the Christmas selling season.

We’ve been working late nights and getting up early to stand in the cold all day. We’ve been worrying about whether we’ve got too much stock, or too little, or whether we should buy more of that component we can only get from one supplier who might be going out of business.

We’ve been answering grumpy emails, smiling at another comment about your prices and answering endless emails about whether you’re doing a Black Friday offer.

And when we finally get to shut up shop, we have to do our own Christmas shopping, make sure our family have a great time, and possibly still answer some emails from people who tell you that you’ve ruined their Christmas.

So it should be no surprise that a few days off between Christmas and New Year is just not enough to get over the extreme stress that most of us are under between October and the end of the year.

While others slide into the new year fresh faced, well rested and full of excitement, we are more likely to be burned out, exhausted and wearing the same pyjamas for a week. Pyjamas in which we may or may not have sat on a toffee penny three days ago.

On January 1st we are just not ready to be shiny and happy and enthusiastic yet and that doesn’t make us lazy or losers. It just means that we are not on the same schedule as everyone else.

Not taking time to reset and recover from the busiest time of the year.

You can’t expect to be able to make good decisions for your business and your future when you’re absolutely exhausted. And you certainly can’t establish new working routines.

Give yourself a break and take some time off. At least two weeks of either no work at all, or very minimal pottering.

If you have to set yourself something to do for the month, make it small and achievable in just a couple of hours.

Give yourself a chance so that you don’t join the large numbers of makers who crash and burn in the third week of January and then barely emerge until March.

Winter can be a great time for making progress on those projects that always seem to end up at the bottom of the to-do list – like building a new website or redoing your branding.

So don’t waste the opportunity by trying to push through. Take a proper break and you’ll be in a much better place to get some work done later.

Not giving yourself enough time to establish new routines

The Maker’s Yearbook is based around establishing a few really solid routines in your business that, over time, can help you to work in a more mindful way.

But it takes time to establish a new routine and for at least the first few weeks, you will need to find ways to remind yourself to do it.

You’ll also need to be a little patient to see the results.

So if you try a new habit or routine for two weeks in January and then forget about it until the spring, it shouldn’t be a surprise that you don’t see much in the way of results.

Makers tend to have busy lives, with lots of potential interruptions from either family members or employers at your day job, or maybe even both.

There’s never going to be a time when you’re not going to be distracted by someone or something, so the key is to plan for the distractions, so that you can keep working on the habit for long enough to see the benefit.

Most of us don’t need to set a reminder to brush our teeth in the morning. It’s a long established habit that we’ve been doing for so long that we do it without thinking. And that means we don’t often forget, and even when life is busy we still find 5 minutes to brush our teeth.

If you’re trying to establish a habit to decide on your three most important tasks for the day (one of the routines in the Maker’s Yearbook) this also takes about 5 minutes a day.

But we’re far more likely to forget, or get distracted or to think we have to take more time and do it more perfectly. So we have to make sure that we don’t forget, until we’ve established the habit enough for it to also become a non-negotiable part of the day that we always manage to fit in.

So add reminders to your phone, put a post it note on your computer screen so that you can’t start work without moving it, set appointments in your calendar. Make a bet with yourself that you have to put money into a “habit jar” every day you forget.

Whatever you need to do to ensure that it gets done. Just don’t assume that you’ll just remember to do it.

Changing too many things all at once

This one kind of follows on from not giving yourself the chance to establish a new habit because when you try to establish a bunch of new habits all at the same time, you make it much less likely that any of them stick.

You can see how finding 5 minutes to write your three most important tasks for the day is far less likely to get done if it’s part of a two hour morning routine of working out and meditating and journalling and reading inspirational books.

Setting up a morning routine can be a great thing, but you’re far less likely to succeed with any of it, if you try to do all of it at the same time, because you haven’t yet figured out how to squeeze it all into your day.

So start with just one small change and establish that before you add another one.

It can be tough to stick to working on just one thing at a time, especially if you have a lot of things that you want to change, but there are no shortcuts to establishing habits.

You have to just do it repeatedly, until it becomes second nature, and you give yourself the best chance of doing that if you keep it short and achievable, even when things get chaotic.

It might seem reasonable to spend 10 minutes planning your day, take a 10 minute walk, take 10 minutes to meditate and take 10 minutes to engage on social each day but that’s already 40 extra minutes that you have to find from somewhere to be able to get all of this done. And you’ll soon find that it’s easier to let this go, rather than find that time on the days that are busy or full of interruptions.

But if you stick to one small thing at a time, you can usually find some space for it and then you get to enjoy the benefits. And you’d be surprised how significant the benefits of a short 5 minute planning practice can be, when it’s done every day.

Not accounting for your winter (or summer) energy levels

In this blog I’ve spent a lot of time talking about the specific situation that makers find themselves in after Christmas, but actually January isn’t really a great time for anyone to be setting goals or making big changes.

The energy of the new year can sweep us all along and having the opportunity to get a fresh start can be great, but the actual calendar timing of the new year isn’t great for those of us who live outside the tropics.

If you’re in the northern hemisphere, new year takes place at pretty much the darkest point, with cold, short, and often bleak days.

In the southern hemisphere it’s the height of summer, with its motivation sapping heat.

It’s still a good idea to use the energy of this time to inspire you and (after you’ve had time to rest and recharge) at least think about what you want for the coming year, but perhaps we don’t need to start at a full out sprint, when our energy levels aren’t there.

Working with the natural, seasonal peaks and troughs in our energy can be far more successful than forcing ourselves into new “productive” lifestyles at a time when our bodies just don’t want to play ball.

What you can do instead

Instead of rushing headlong to start the new year at an unsustainable pace, and getting caught up in everything you want to change, why not give yourself the opportunity to quietly and thoughtfully reflect on the last year and how it has gone for your business.

Don’t rush over the insights you get from using a tool like the Maker’s Yearbook to review the last 12 months, especially the things that didn’t go the way you hoped or expected.

There is a lot to be gathered, if you do the work mindfully.

Take your time with your goals for the upcoming year and make them meaningful…and smaller than you think.

Instead of doing more, taking on more, running running running to catch up, why not set yourself just one or two priorities and actually plan out how you will give them the attention they need?

Because we get more done when we feel good and this is a time of year when so many of us are not feeling good. We’re chasing other people’s standards and trying to look productive, while struggling on the inside.

Let’s change that and do what’s best for us. 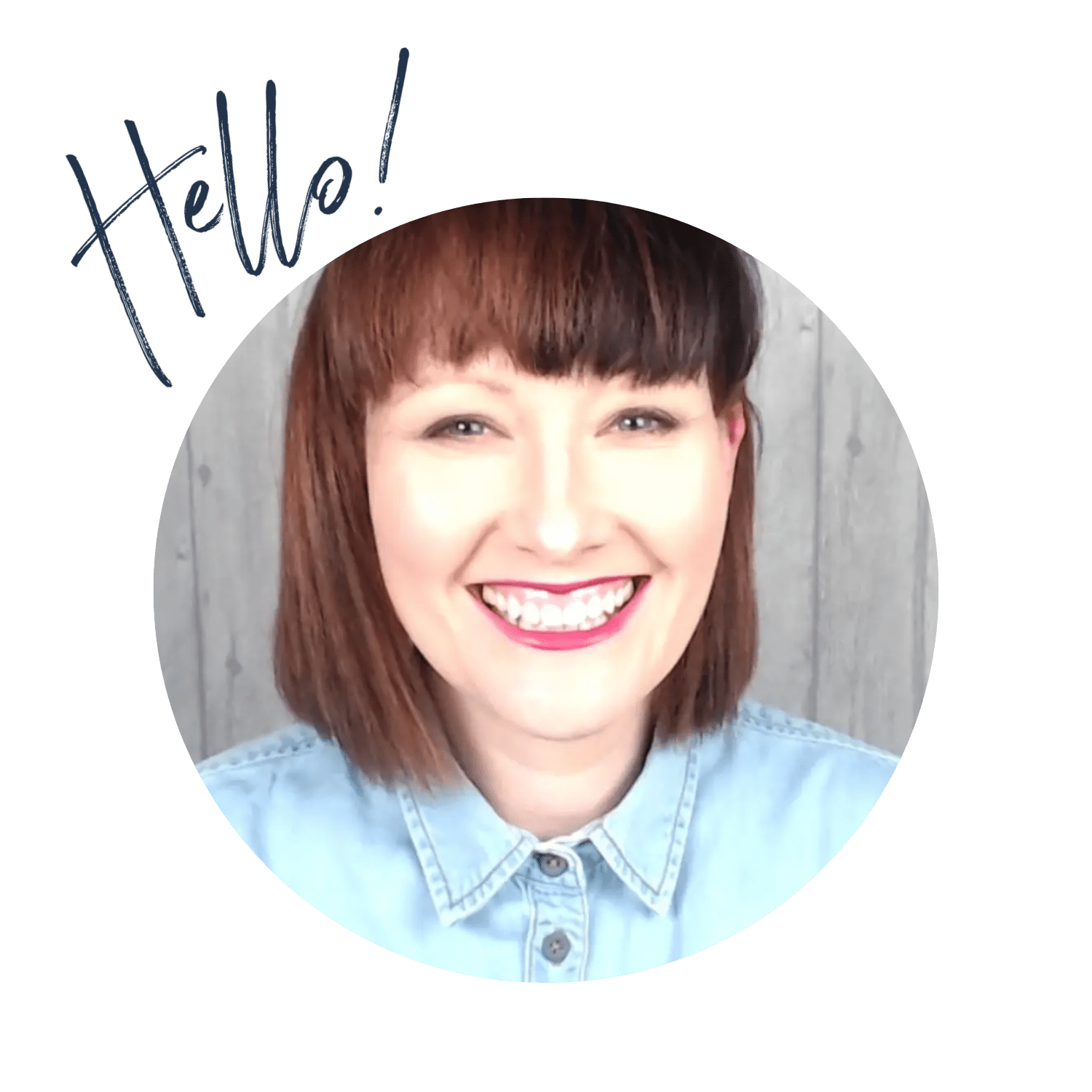 I’m the founder of Maker’s Business Toolkit and I help artists, makers, and handmade business owners to make more money with less stress. 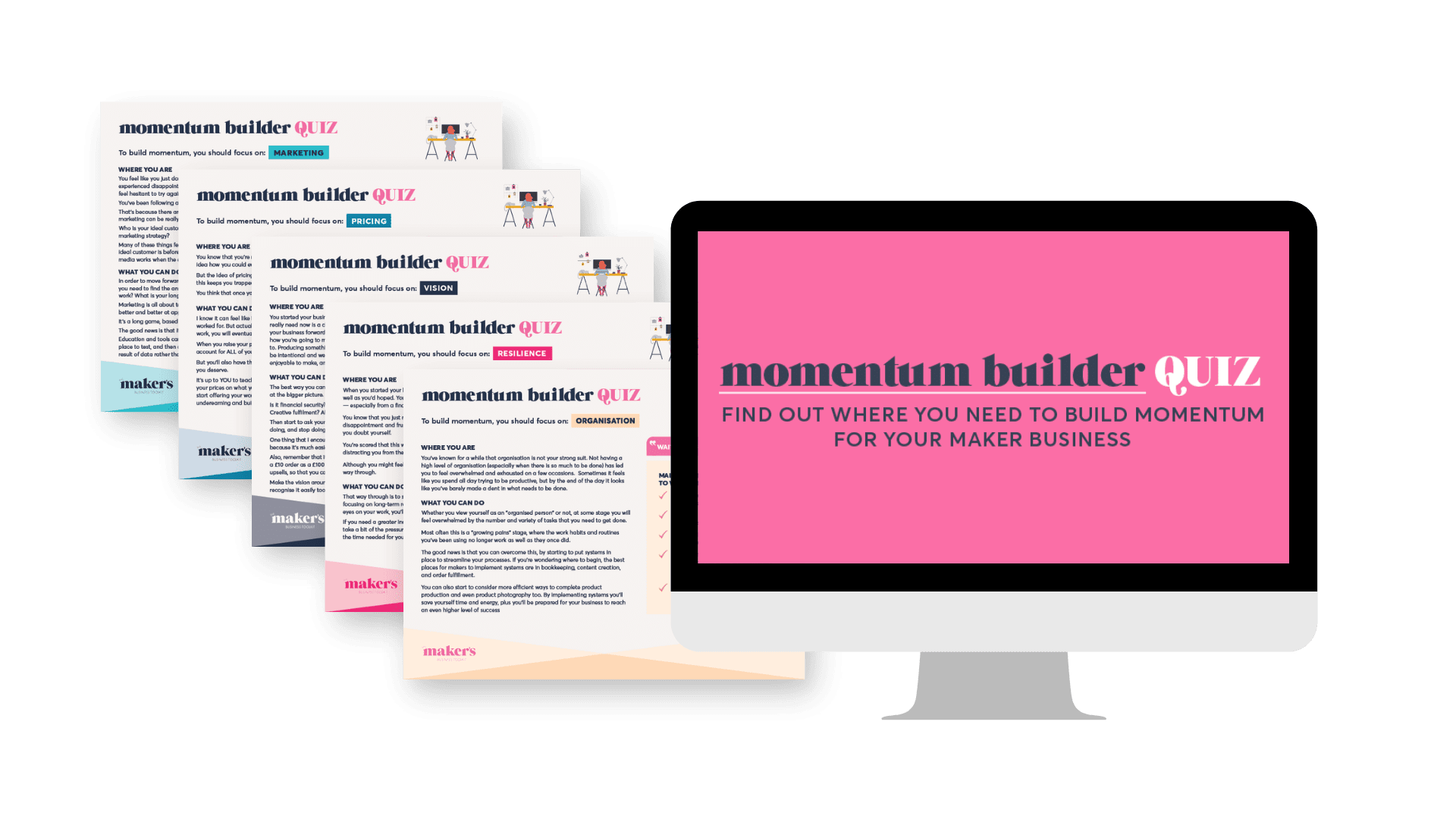 Take our Momentum Builder Quiz to find out what you need to work on right now. 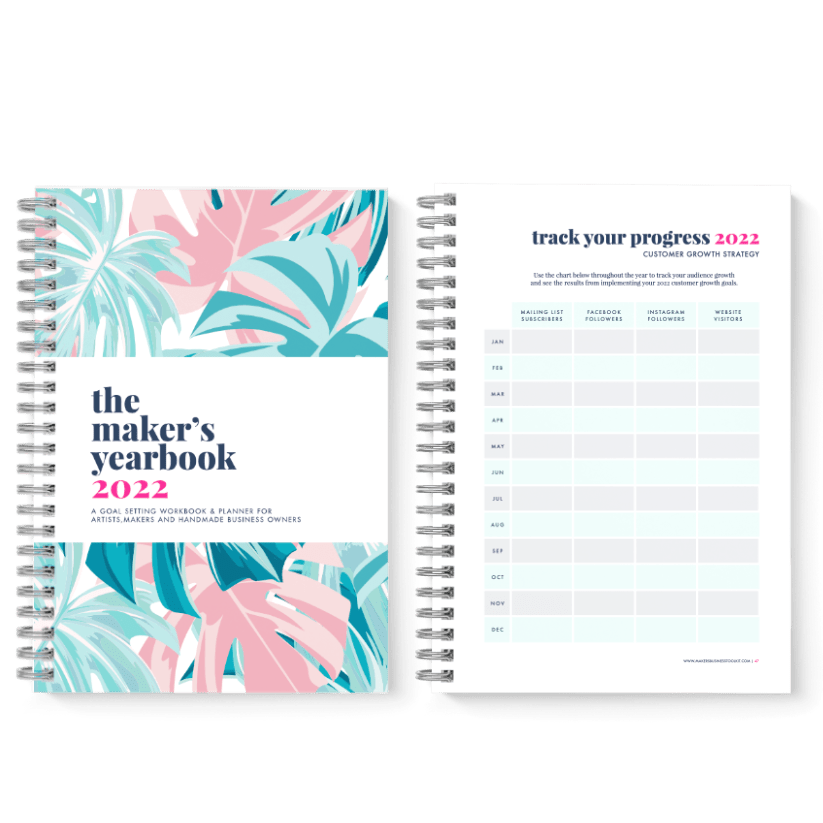 The Maker’s Yearbook is a goal setting workbook and planner for artists, makers & handmade business owners.

Get the system that has helped thousands of makers to focus, prioritise and get things done. 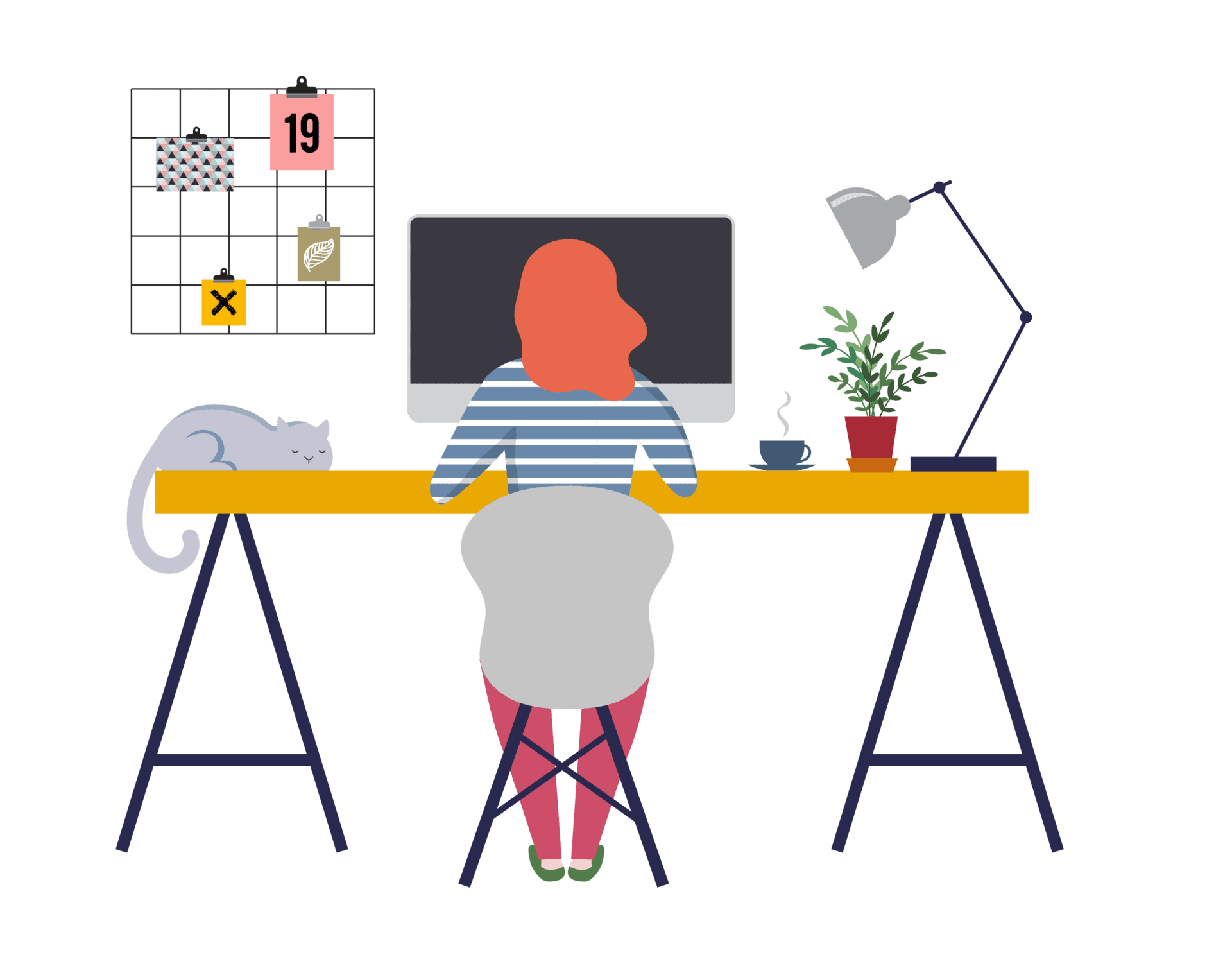 A lively and supportive community.

← Prev: How to Stick to Your Goals Next: Work Habits That Set You Up For Success → 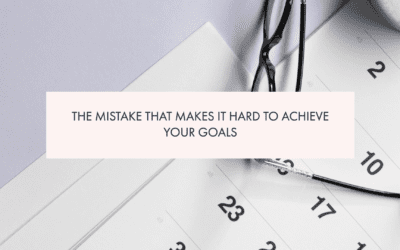 The mistake that makes it hard to achieve your goal

There are many reasons why so many of us fail to stick to the goals that we set ourselves.

But a really big one is that quite often, we set goals based on what we want to happen, as opposed to what we’re going to do.

And you might be thinking, isn’t that the way it’s supposed to be?

END_OF_DOCUMENT_TOKEN_TO_BE_REPLACED 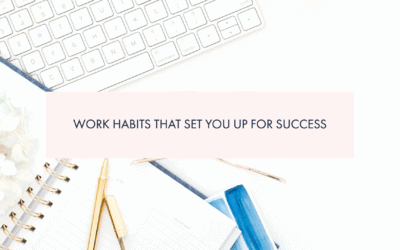 Work Habits That Set You Up For Success

Running your own business is a very different experience than working for someone else.
In this post, I’ll share some habits you can develop that not only set you up for success, but will help you to gradually step into the role of a business owner and let go of some of the old ways of working that won’t serve you now.

END_OF_DOCUMENT_TOKEN_TO_BE_REPLACED 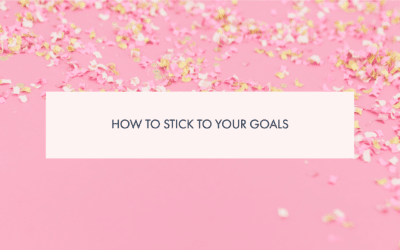 How to Stick to Your Goals

Do you find it hard to stick to the goals you set for yourself? Do you start with the best intentions but by the end of the year you can’t really remember what they were, and you probably haven’t achieved them?